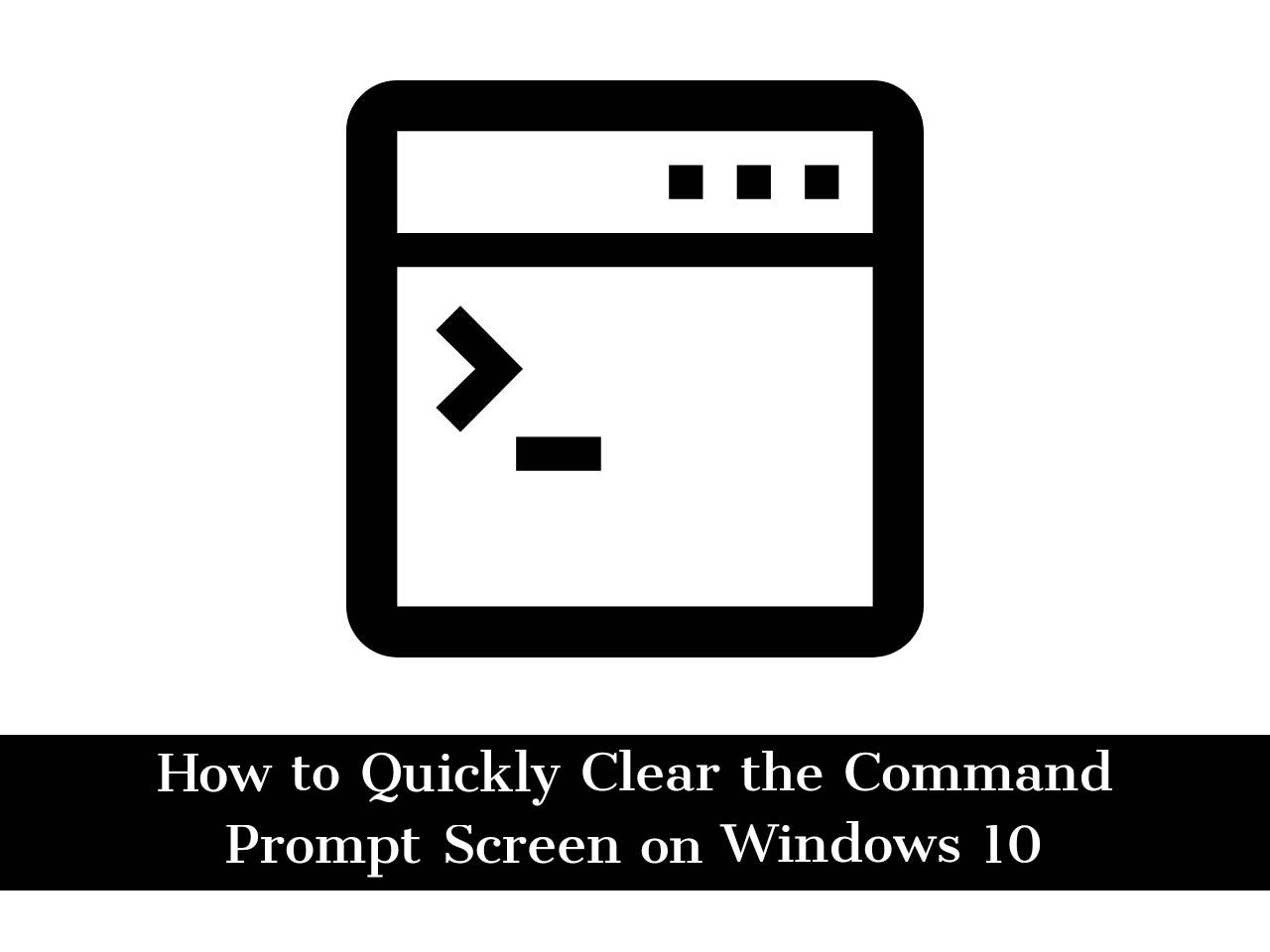 Some Windows users don’t know how to clear the Command Prompt (CMD) screen in Windows 10. For troubleshooting or other reasons, they may accidentally insert multiple command lines at the command prompt, and they may enter a command or commands that they don ‘t want. If you faced the same kinds of issue as those people so this article is for you. In this guide, I’ll show you 3 quick and easy ways to clear the command prompt screen on Windows 10, which you will read below.

What is Command Prompt (i.e. CMD)?

Command Prompt is formally known as the Windows Command Processor, but it is often called the command shell or prompt cmd, or sometimes its filename cmd.exe as well.

It is an application for command line parsers that can be used with most Windows operating systems. it is used to execute the entered command. Many of these commands use scripts and batch files to automate tasks to perform advanced management functions and solve or troubleshoot certain types of Windows problems.

Command Prompt is a keyboard-based application built into the Windows operating system. The software has a variety of applications, including creating batch files that manipulate network profiles and change the way other programs run. It’s important to know how to clear the Command Prompt window because it can become confusing if you work long hours in one session. So here are 3 ways that you can use them to easily clear the screen of Command Prompt.

1. Clear the Screen of Command Prompt with CLS Command

You can simply clear the cluttered CMD screen by simply pressing Alt + F4 or type exit the command prompt and reopen it.

If you accidentally enter a command that you didn’t want it to enter on the CMD screen. At the command prompt screen, you can press the Esc key on your keyboard to delete the command. However, if you enter some command lines, you will not be able to use the Esc key. It works without entering a command.

These are 3 quick ways which you can use to Clear the Command Prompt Screen on Windows 10 PC & Laptop. I hope you find this article useful and if you have any questions, you can ask me in the comments section. Good luck!