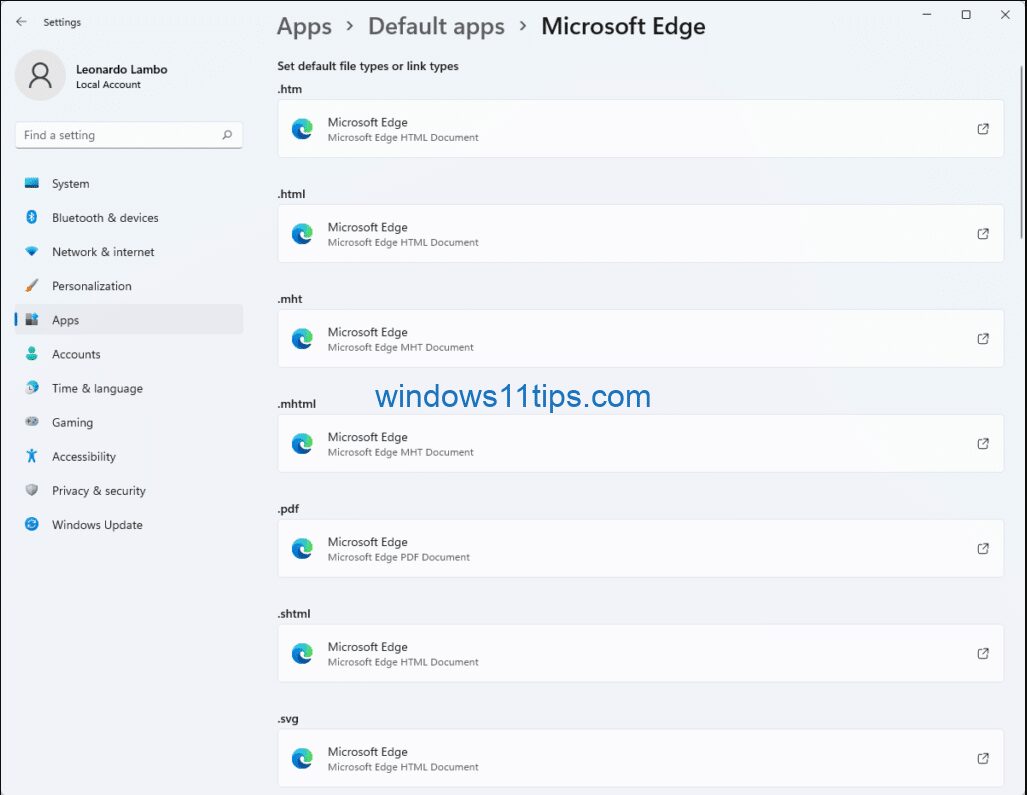 Microsoft recently released the Windows 11 build 22494 update. After the update, many users found that the new version seems to avoid using browsers other than Edge to open some links. It also becomes more difficult to change the default Windows 11 browser.

Never underestimate the determination of any technology company to compete maliciously.

The restrictions have already started

Microsoft did not use the https: normal binding for the browser, but it did set a microsoft-edge: // shell, but Microsoft also did not do this for all network connections, it currently does it in some system services, such as: Windows 11 small Parts , news and interests, help links in the settings app, search links in the start menu, Cortana links, links sent from paired Android devices, etc. These links are only recognized by Edge. No matter how you set the default browser, it will open through the Edge browser. After opening, Edge will actively recommend users to set it as the default web browser.

Back in 2017, developer Daniel Aleksandersen created an application called EdgeDeflector in response to changes in the handling of certain web links by Microsoft. When the microsoft-edge: // protocol is recognized, EdgeDeflector will intercept the protocol mapping and force the microsoft-edge: // link to redirect to https: // to ensure that the user can use the default browser to open the link. gently.

Later Brave browsers also added support for microsoft-edge: //. If you use Brave as your default browser, when you click the microsoft-edge: // link, an option will appear for you to choose. Later, Mozilla developer Masatoshi Kimura also wrote a patch to implement the protocol in Firefox.

The Brave and Firefox implementation actually follows the parsing logic of the EdgeDeflector program. For a long time, other browser users can also use EdgeDeflector to open these links through the default browser. This has become a popular counter solution for Microsoft’s application. microsoft-edge: // links the behavior of your Edge browser.

In the recently updated builds 22483 and 22494 of Windows 11, there have been some changes. Although not mentioned in the update log, you can no longer use apps like EdgeDeflector to bypass the Edge browser, and you can no longer use other programs to process the microsoft-edge: // protocol. You can only use Edge Dev, Edge Choose from Edge Insider Beta.

Currently, you cannot change the default protocol association by modifying the registry, modifying the Edge package, interfering with OpenWith.exe, or other solutions.

If you force uninstall Edge, Windows will open a new UWP window and display an error message instead of allowing you to use other third-party browsers.

Microsoft has also removed the default web browser settings from Windows 11. Users must set separate “link associations” for the http: // and https: // protocols, rather than being associated with the default web browser settings such as before. The same applies to formats like .htm, html, and pdf. Most people think that this is hostile behavior for users. While it makes it difficult for users to use competing products, it also undermines the usability of Windows products themselves.

Aleksandersen said: “Microsoft does not seem to be afraid of antitrust regulators.” “Compared to the antitrust fines of the past, they have now set more barriers and addressed them more radically (such as removing the default Windows browser settings). , Making it more difficult to change the default browser; remind users to select Edge as the default browser after every system update, hide / unpin other browsers from the taskbar, etc.) ”. Microsoft has yet to respond to this.