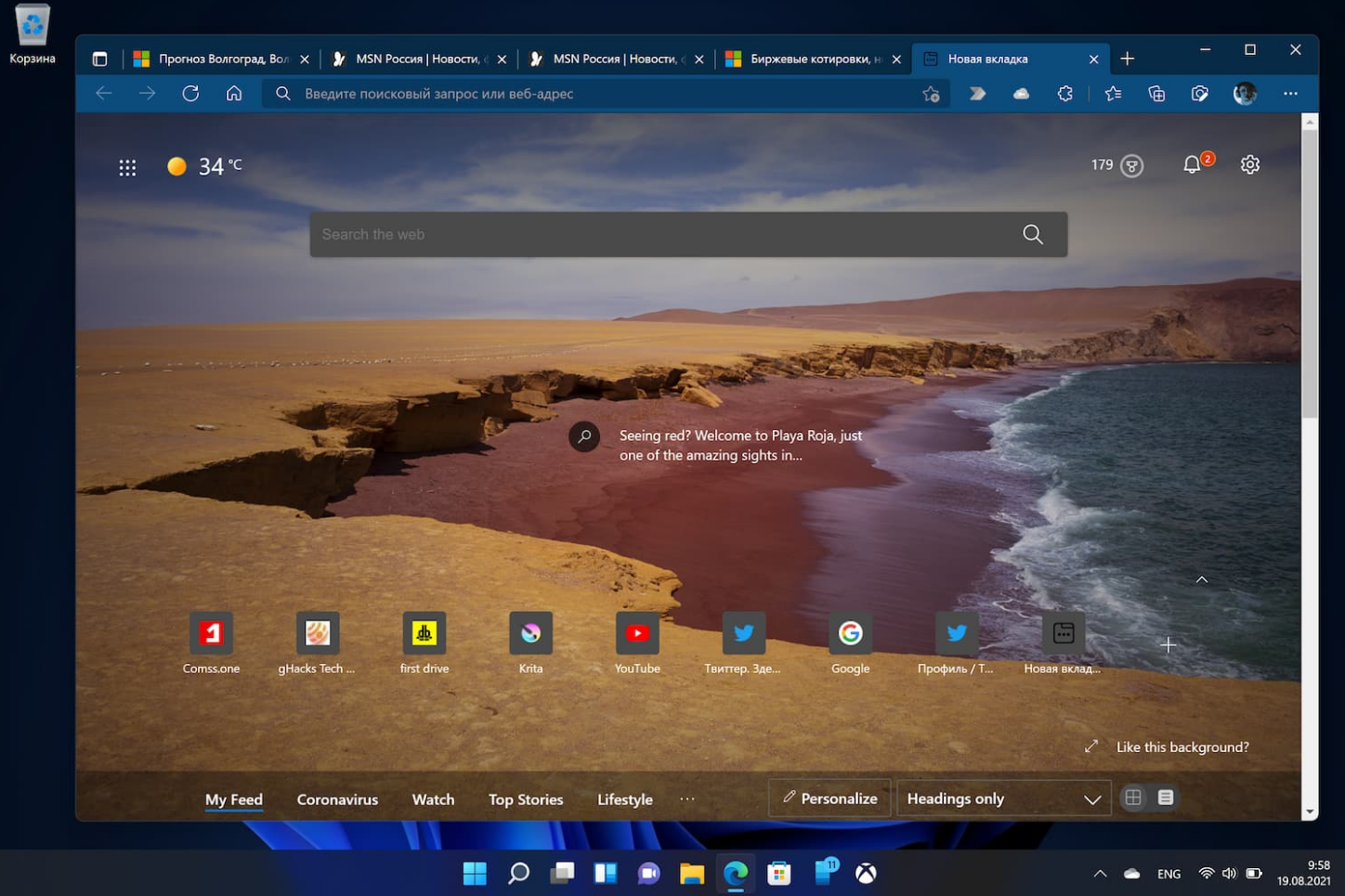 When Microsoft released the Windows 10 operating system, the company also introduced the classic version of Microsoft Edge, which was intended to replace the outdated Internet Explorer web browser.

To actively promote Microsoft Edge, Redmond even created a separate protocol microsoft-edge://which was used in some internal Windows applications. As conceived by Microsoft, links with this protocol were only supposed to open in Edge.

When these links were opened, Edge processed the target content and displayed a message to make it the default browser.

Windows 11 ships with the new Chromium-based Microsoft Edge. Like the classic version, the browser is also promoted through the exclusive use of the protocol. microsoft-edge://. The new News and Interests widget in Windows 10 and the Widgets app in Windows 11 use the Microsoft Edge protocol, although they essentially display standard web content and links.

Microsoft is trying to promote its browser in various ways. In Windows 11, the company changed the way the default browser was configured. In Windows 10, users can set a different browser as the default and it will open all the links that browsers can open, except the Microsoft Edge protocol blocked links.

In Windows 11, Microsoft removed this feature. Users must configure the driver for each protocol individually. If you want to completely switch from Edge to Firefox, Brave, or Vivaldi, you must manually set the desired browser as the controller for HTTP, HTTPS, HTML, PDF, WebP, SHTML, FTP, HTM, Mailto, News, and other protocols. .

All of these changes have one simple goal: to increase the market share of Microsoft Edge. There is no technical reason to use an internal protocol.

There are separate programs on the market designed to unlock the protocol. microsoft-edge://such as Edge Deflector or Search Deflector. With these solutions, Windows 10 and Windows 11 users can install a different browser as the driver for this protocol.

For example, Edge Deflector sets itself as the default handler for the Microsoft Edge protocol and then redirects the request to the browser of your choice.

Browser makers Brave and Firefox have started rolling out similar features to improve the process of making them the default driver in Windows 10 and 11.

The Edge Deflector developer noted this week that Microsoft made changes to the latest version of Windows 11 and effectively blocked other apps from being set as the default handler for the microsoft-edge: // protocol.

The changes were made between Windows 11 Insider Preview Build 22483 and Build 22494. In the changelog of the last build, there are several mentions of changes to the protocol and the default file / app association system. The most important thing was missing though: You can no longer bypass Microsoft Edge with third-party apps like Edge Deflector.

The EdgeDeflector developer has stated that the app will no longer be updated. He admits that there are ways around the limitation, but they “require destructive changes to Windows.”

It is clear that Microsoft has already made a decision and will not change it without large-scale external influence. Windows 11 users are prohibited from making any changes they want. At the moment, the only viable option, other than not installing the operating system in the first place, is to ignore the programs and applications that use the internal protocol.

What do you think of this situation?