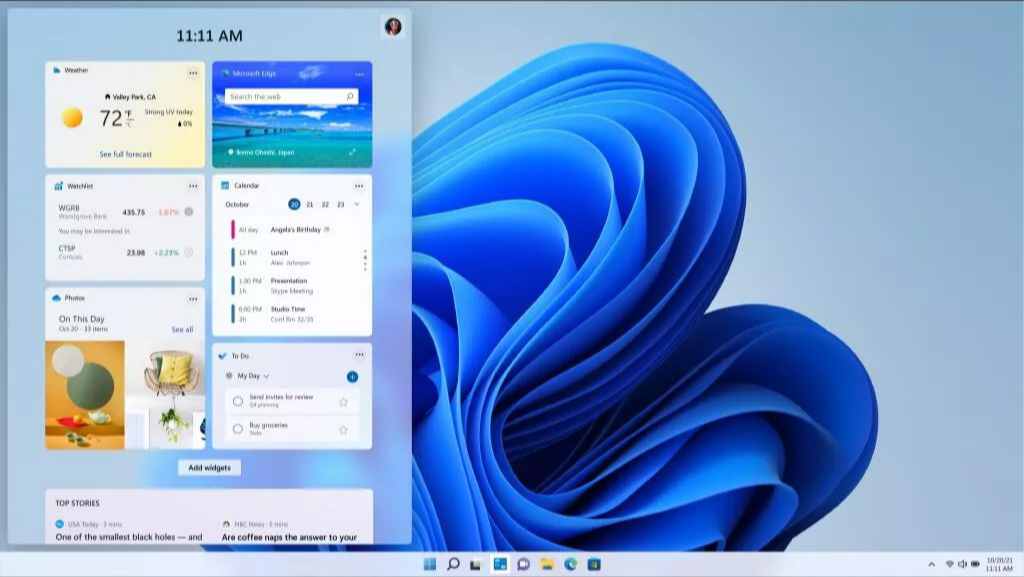 Ordinary people must use a keyboard and mouse when using a computer, and the ratio of the mouse can be much more important. However, gamers who are deeply familiar with the Windows system will have a higher keyboard ratio. The reason is that the default keyboard shortcuts of the Windows system can sometimes perform certain operations faster than the mouse. Microsoft’s new version of Windows 11 is no exception. In addition to the shortcut key commands built in in the past, the new version of the system also adds some shortcut keys for players to use. As for what commands there are, let’s continue:

Hotkeys are a way for system developers to provide advanced users with a more efficient way to use the built-in functions of the system. This time Windows 11 will feature the introduction of new features. Some new shortcut key commands.

In addition to the interface that looks very different from the previous one, Windows 11 has also made many adjustments to its functions. In terms of window snap, the new Snap feature allows users to hover over “Maximize” in the upper right corner of the window, and the window layout mode menu will slide in less than one or two seconds. In addition to functional settings, the system shortcut keys also have more key combinations that were not used in the past. These new buttons may not be worth mentioning for seasoned gamers, but for gamers who are new to the computer, some button combinations can help a lot without realizing it.

Let’s take a look at what more keyboard shortcuts Windows 11 has this time.

The most impressive setting in Windows 11 is turning the “news and interests” of the past into a pop-up window on the taskbar. Everything remains the same. Although it can be opened by clicking the taskbar icon with the mouse, it is still

cooler for players to open with the shortcut key:

▲ The widget menu can be said to be an embellished version of “News and Interests”, a newly installed system. Sometimes you can normally see its icon pause on the taskbar.

The Snap menu is the new Windows 11 feature mentioned above, and the window layout can be adjusted via the menu. It can be easily opened with a handy mouse, but it can be opened more efficiently with this keyboard shortcut command. After the menu is open, use the arrow keys on the keyboard to adjust the window layout mode and the desired position.

This command has actually been used in Windows 10, but Windows 11 has been adjusted to what it is now. In Windows 10, the Win + Z command can only be used in full-screen mode applications to call up available command menus. Perhaps the purpose is too unpopular. In Windows 11, it switched to a new Snap menu of functions. Call command:

The Snap menu is probably the first new feature that many people see when they are familiar with Windows 11. Although it improves on the layout function of the original window, it is quite intuitive and easy to use.

Win + Alt + up / down direction: place the window in the upper / lower half of the screen

Although there are two commands, the functions are of the same type. Normal gamers may be familiar with the “Win + Left / Right Direction” shortcut key combination. This combination serves the same purpose in Windows 10 or 11. It automatically zooms the current window to the left or right half of the screen. . Since conventional modern computer monitors are all 16: 9 or 16:10 wide screens, it is more convenient to visually divide the two windows into two halves than the top and bottom halves. The instruction to navigate in two halves may be unpopular, but it is still useful.

By the way, if you remove Alt and make it a “Win + direction up / down” command, you will see that the current window is maximized or minimized on the taskbar. This command has not changed from the Windows 10 era to Windows 11:

It is believed that the people who divide the window into the upper and lower halves of the screen still exist, but this feature is a bit unpopular for those who have adopted the widescreen as the main display specification.

The color filter is one of the accessibility features of the assistive tools in Windows. You can specify the system color to display in red-green, blue-yellow, grayscale colors, and other modes. For those with color perception barriers or the need to adjust the tone of the screen for special reasons. For people, it is a very practical function. Even users without color vision recognition barriers sometimes use this feature to convert computer color to black and white to reduce eye pressure and increase work concentration.

This hotkey must first set the color rendering mode in the wizard tool’s color filter function and activate the hotkey function; then this key command can be used to quickly switch between normal and color filter color reproduction modes:

Color filter shortcut The key is disabled by default. In fact, it is better to observe the color and effect set before activating the shortcut key function.

This command is different from Windows 10 period. In the past, this command was used to call Cortana’s smart assistant, and the specified function must be configured in the system settings in advance; Otherwise, it will have no effect under normal circumstances. In Windows 11, although Cortana is still built into the system, it may not be popular enough. This function is not available in many countries / regions, including Taiwan. Therefore, in Windows 11, this shortcut key carries over to Teams communication. The software is inherited.

By the way, since I don’t use Teams much, I removed Teams from the console when Windows 11 was installed. But even if the software is cleared, using the hotkeys will still work and will help users to automatically download and install teams. deleted again. After the installation is complete, press Win + C and you will see the Teams software interface.

This shortcut key combination is equally useful whether or not you remove Microsoft Teams communication software.

Win + A to open the quick settings menu

The effect of this command is the same as the same command in Windows 10, the difference is that Windows 10 combines quick settings and notifications in a “control center”, which will appear by pressing Win + A, and Windows 11 separates the menus configuration, the same Press Win + A to call.

Although the quick settings menu is not the same as it used to be, and the functions are greatly simplified, for users who already knew the control center in the past, this menu is still useful:

The quick setup menu will be available on different computers. There are different function buttons, but they are much more optimized than before.

This shortcut key and the previous one Win + A are a combination. In Windows 10, the two functions were combined into one and used. Although Windows 11 was split in two for use, the functions are roughly the same. I think the most convenient place for this shortcut is probably to call the calendar to confirm the date. Although the notification part is as easy to use as before, it can still be a bit of bad taste for users who do not pay attention to the notification message from the system:

The calendar function is an important tool for modern people to confirm the appointment time. Everyone uses it at different frequencies. If you use it very often, you may also remember this shortcut key combination.