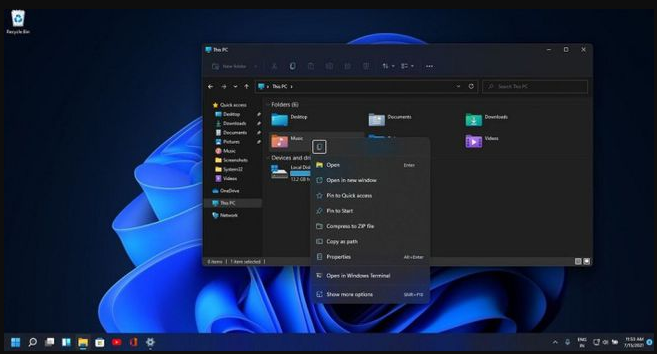 Since its official release on October 5, there have been some known issues on Windows 11 systems. After fixing AMD performance issues and acknowledging high memory usage caused by Explorer.exe (File Explorer), Windows 11 still It has the problem of slowing down the performance of the context menu. This bug appears to be related to changes made to File Explorer and the context menu, but the good news is that a fix has been developed and Windows Insider is currently being invited to test it.

Microsoft has created a new context menu experience for Windows 11. The most important or frequently used options now appear as buttons at the top of the menu. However, the new context menu in Windows 11 has its own shortcomings and Microsoft is also aware of the performance degradation.

One user explained the new context menu issue in the comment center: “In most cases, there is a 1/2 second delay, but sometimes you can see it start to open and then blink because it needs to be resized to reflect the options ”.

Another user comment: “Opening the menu from the right mouse button is very slow and after opening about half of the items get stuck“ loading ”for a few seconds. Even the old menu with twice as many menu items, but it can be loaded at least immediately ”.

Modern right-click menus work great on touch devices, but there is a bug that when you right-click anywhere on the desktop or in the browser, it causes a lag. This lag is more obvious when the low-end equipment or system is easy. Some users solve this problem by restarting resource manager.exe.