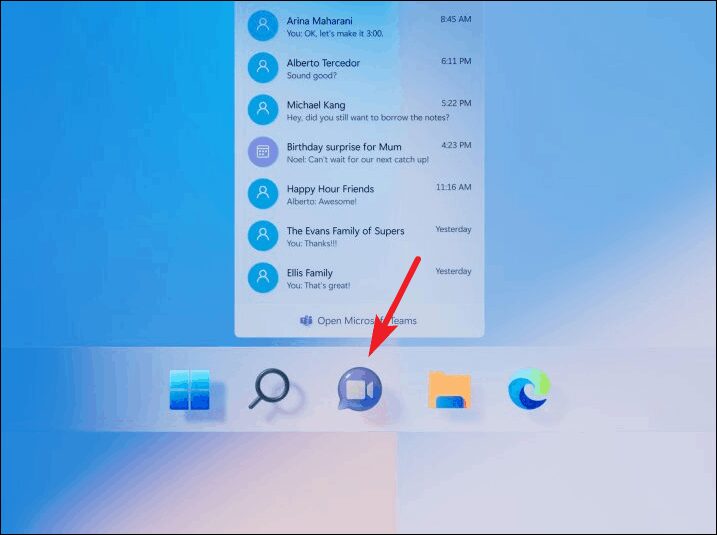 The Microsoft Teams experience gets a facelift in Windows 11

The pandemic has forced us to reinvent the way we connect with people. Microsoft Teams, along with other video conferencing applications, has become a crucial part of it. Teams, which were previously only known in the corporate environment, have become a part of people’s daily lives.

People just weren’t using it to collaborate with their teams anymore. Classes and meetings have come to our lounges with Microsoft Teams. Personal connections were not only forged, but they thrived on the platform.

From watching movies together to attending weddings of friends and baby showers, it has all happened online. The teams became personal overnight. Microsoft even introduced Teams Personal just to make it easier for everyone to use it to connect with friends and family.

With Windows 11, it will get even better and easier. Microsoft just unveiled Windows 11 at an event yesterday. It’s a nice update from start to finish. From a new look, a taskbar and Start menu that now sit perfectly in the center, snapshots and widgets, there’s a lot going on in Windows 11. Microsoft Teams is another aspect of this new and exciting update.

Windows 11 will integrate Microsoft Teams chat directly into the taskbar. So whenever you need to connect with someone, all you need to do is go to your taskbar. You can chat with people and initiate voice and video calls with just a few clicks.

Even as the world heals and reopens, the way we’ve connected over the past year is going to stay with us. For some, it has even become somewhat of a tradition. So instead of going stale after all of this was done, Microsoft Teams would just be another place where connections happen.

And the integration of Teams provides for it. The integration of Microsoft Teams would allow chatting or calling very quickly without even having to open the app. By clicking on the Teams button in the taskbar, a nice screen will appear, with all your personal and group chats. You can also start a new chat or a meeting with just one click.

When you want to chat with someone, the chat window opens independently of the Teams app. Your calls too. You can also start any call by hovering over the contact’s chat and clicking the call button.

So you don’t have to worry about running the app every time you want to connect with someone or keeping the app open all the time to receive your notifications.

Microsoft Teams will work on all platforms – Windows, Mac, iOS, Android – as it does now. Integration will not disturb this aspect. It will also be easy for you to mute / mute the sound instantly and present right from the taskbar. You can also open the app directly from here if you need to make the change. The new integration would bring everything within reach.

You can even chat with someone right from the Teams integration in the taskbar, even if they don’t have the Teams app. Two-way texting in Teams will make it easy to connect with anyone.

And that’s just a glimpse of what the new integration would entail. The full scope of how this will change Microsoft Teams would become clear once Windows 11 arrives later this year.