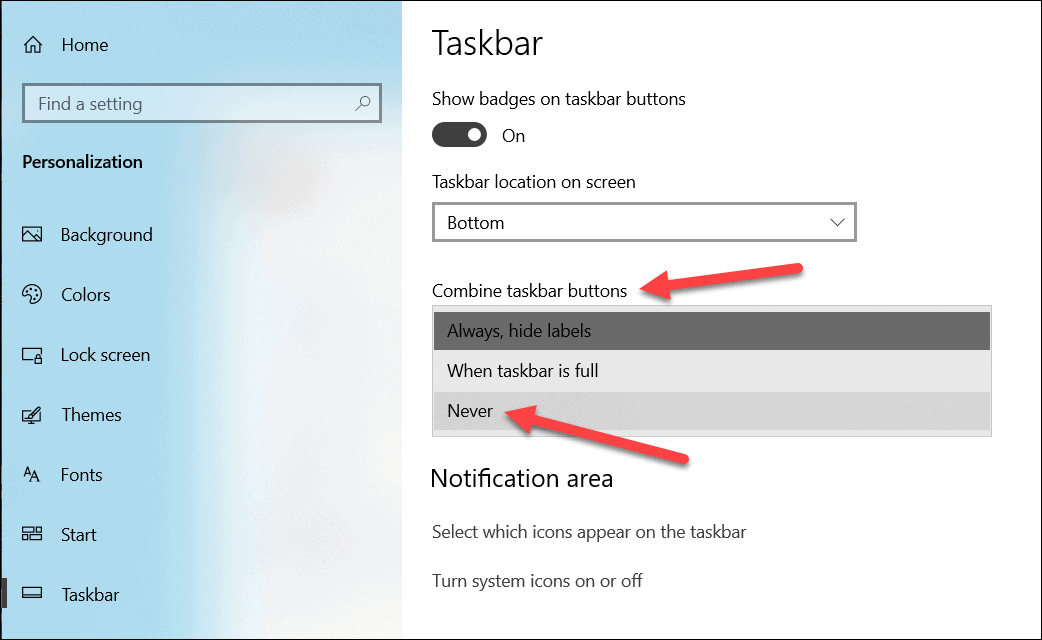 Windows 11 has removed an important multitasking feature. You can no longer turn off grouping and display multiple windows from the same application in the taskbar.

With every new iteration of Windows made available to users, there are tons of changes. If you remember upgrading from Windows 8 to Windows 10, the first few hours may have been spent exploring the additions and identifying which features have changed or been removed completely. One of the changes we have identified in Windows 11 is the absence of the option to disable combining / grouping of taskbar app icons.

If you made the jump to Windows 11, you would have noticed that the different windows of an application are linked to each other. For those who preferred to group windows, this wouldn’t seem too inconvenient. But many preferred that all windows be displayed in a separate thumbnail in the taskbar for easy access.

With the app window ungroup setting missing, you’ll need to hover the cursor over the main tile and then select the required window. With all the app windows associated with it, this would be both confusing and tedious for a few.

We have tried the previously known methods (for Windows 10) to disable grouping of application windows to verify their functionality in Windows 11. None of them worked.

Previously, we could change this setting through “Taskbar Settings”, “Registry” and “Local Group Policy Editor”. We have demonstrated each in the following sections.

🙅‍♀️ There is no “Combine taskbar buttons” option in taskbar settings

Previously in Windows 10 when you launched “Taskbar Settings” there was a “Combine taskbar buttons” drop-down menu with three options listed below.

The same option is missing in the latest iteration of Windows, as shown in the image below. It’s been placed under the various toggles, just below the “On-screen taskbar location” option to be precise. Also, the taskbar location option has been moved up and the number of customizations limited to two, instead of the previous four.

We have now checked one of the previous methods from the list, let’s check the next one.

Hacking the registry to disable taskbar grouping does not work

We have tried making changes to the registry to turn off app window grouping, as we have done previously, but to no avail. This did not make any visible changes to the “taskbar”, let alone the unbundling of the application windows.

The process to change the setting was to navigate to the next address, locate the TaskbarGlomLevel and change its value to ‘2’.

Even after changing the value of “TaskbarGlomLevel”, you may notice that application windows keep associating.

To note: If you intend to make any changes to the “Registry”, it is recommended that you create a backup for it first, in case things go wrong. In addition, always follow the steps as is and do not experiment with the different keys.

In “Local Group Policy Editor”, select “User Configurations”, then “Administrative Templates”, and then “Start Menu and Taskbar”. Previously, all we had to do was locate the “Prevent grouping of taskbar items” policy and set it to “On”. However, activating the policy seems futile in Windows 11, as shown in the image below.

Even with the “Prevent grouping of taskbar items” policy enabled, the various application windows remain clubbed.

After trying all the known methods to unlink app windows, there were no promising changes in the taskbar. Let’s wait for future Windows 11 updates and see if the option is made available to users. Until then, it’s like that!