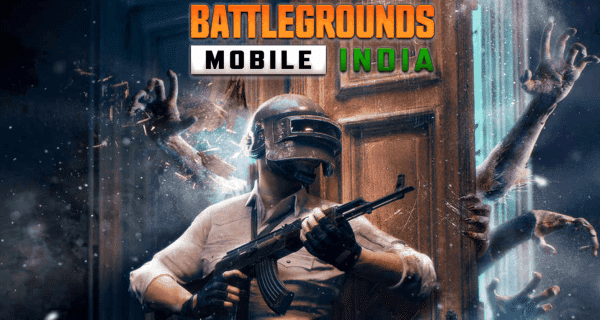 What is Battlegrounds Mobile India?

It is the next Battle Royale game specially designed for the Indians. PUBG Mobile was banned in India with other apps due to a recent conflict between India and China. The team behind Battlegrounds Mobile India is the same as the one behind PUBG. It is developed by Krafton, a South Korean video game holding company and a subsidiary of Blue Hole Studio.
See also  CenterTaskbar: Aligns Taskbar icons to Center in Windows 10
The theme of the game is the same as the PUBG, PUBG Mobile MX, PUBG Mobile Vietnam, Rules of survival, etc. The last man standing! survival is victory and the survivor is the victorian. Krafton has made every effort to develop this game in accordance with the international standard that PUBG and Mobile COD have. As it is the mobile version, it will only be available for Android and iOS users. I’m sorry! PC users, you cannot get your hands on PUBG Mobile for PC because it is not developed. Don’t be disappointed because we managed another way to install and play BGMI for PC. More details about the game will be written here right after the release of the game. So far, we haven’t played Battlegrounds Mobile India yet.

After downloading the emulator, first, it will install itself on the PC. Allow the emulator to make changes to your computer. After emulator installation, it is time to install Battlegrounds Mobile India on PC. It’s quite simple, Emulator will automatically show you Battlegrounds Mobile India with a download button. Click that button and that’s it. Remember that it is essential to log in to the Tencent Gaming Buddy emulator.
See also  How To Completely Disable OneDrive On Windows 11 PC

As this game caught a lot of buzz even before its release, there are a lot of questions on the minds of Battle Royale fans. Let’s answer this one by one.

Yes! Battleground Mobile in India is free to install and play. Don’t be so fast, only the game is free, but the items are not! Like Skins, Weapons, Impressions, Animations, Avatars and especially Royal/Battle Passes in PUBG and COD, Battlegrounds Mobile India will also put a strain on your pockets in exchange for luxurious items.

No, the game does not launch properly on Google Play and App Store. It will be available for pre-registration on Google Play tomorrow (May 18). Currently, Android users are Krafton’s preference, so they will get the game first. The date of Battlegrounds Mobile India for iOS will be announced soon.

Is PUBG back in India?

To date, we have only seen one game that can rival PUBG and that is Call of Duty. Until now, there is no other game that can compete with PUBG. And, in fact, it’s too soon if we compare the newcomer with the current gaming legend. PUBG is on another level.